By Edward B. Lowry and Jordan E. McKay

If You Snooze, You Lose: Why investors should act quickly when they believe that they are the victims of securities fraud. 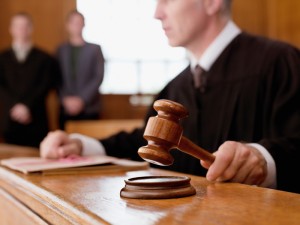 It is common for investors to have a close relationship with their investment advisors or investment brokers. This is partially because of how these relationships often begin. It is not uncommon for an investment advisor or broker to be a friend-of-a-friend or to be someone that the investor met in church or through a volunteer organization. As a result, when a problem arises regarding their investments, investors are reluctant to conclude that they have had bad advice and tend to drag their feet in seeking legal advice or a second opinion. Such a delay, however, can be disastrous to any Virginia Securities Act (“VSA”) claim that an investor might have.

The VSA provides for civil liability for the commission of securities fraud in the sale of securities. In other words, if an investment advisor or broker makes a false statement to you (or omits a material fact) concerning the purchase or sale of an investment, then you may be able to recoup any losses that sustained in purchasing that investment. However, under the VSA, an investor has two years from when the fraudulent activity occurred to file a VSA claim against his investment advisor or broker. This means that if the investor purchased a security in December of 2013, but discovered in October 2015 that his investment advisor or broker committed fraud in selling the investor that security, the investor has only until December 2015 to bring his VSA claim. The same is true for any claim for breach of fiduciary duty that the investor might have. While some Virginia state courts have acknowledged certain equitable doctrines (the doctrine of equitable estoppel and the principal of continuing representation) that may extend the time that an investor has to bring a VSA or breach of fiduciary duty claim, this issue has not yet been decided by the Virginia Supreme Court and it is not guaranteed that a trial court will apply such equitable doctrines.

The most important thing to remember is that, once you suspect that a possible securities violation has occurred, you should seek legal advice immediately.