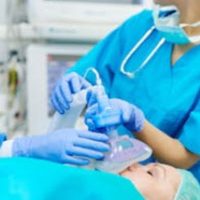 In 2007, a man undergoing an exploratory surgery was left wide awake during the procedure. While he was unable to move due to the paralytic he’d been administered, he could feel pain, know what was happening to him, and yet could not scream out or move. The doctors continued the exploratory surgery until they were done. Two weeks after the procedure, the man committed suicide.

Anesthetic awareness can occur to anyone, but in the case mentioned above, the doctors failed to administer the correct dose of anesthesia. Other times, faulty medical equipment results in the wrong dose of anesthesia. In cases like this, it is common for the patient to suffer from post-traumatic stress disorder. In the case mentioned above, the symptoms of his PTSD were so severe that he could not go on living.

It is estimated that this occurs between 20,000 and 40,000 times per year in the U.S. The cause is generally negligence on behalf of the doctor or hospital. In the case mentioned above, the doctors are believed to forgotten to give the patient anesthetic until 16 minutes after the first incision was made. Also according to the lawsuit, the hospital never told him that he was left conscious during the procedure leading him to wonder whether or not his memories were real. In the two weeks after the procedure took place, the man’s behavior changed completely. He couldn’t sleep, wouldn’t eat, and refused to be left alone.

Studies indicate that anesthetic awareness occurs in .1 to .2 percent of all surgeries. About half of those who report anesthetic awareness report mental health problems after the incident occurs. Today, anesthesiologists routinely use a checklist to ensure that their patients are properly anesthetized during the procedure. This can include brain monitoring machines that can determine if a patient is in pain even when they cannot scream. However, brainwave monitors are only used in specific situations and do not constitute the standard practice of medical care. In other words, a doctor cannot be sued for failing to use a brain wave monitor or (at least) only for failing to use a brain wave monitor.

Perhaps worst of all for patients, is that they are often not informed about whether the anesthesia worked or not. In these cases, the patient can allege they were awake during the procedure, and the doctor will claim it was just a dream. For many patients, the decision to sue comes from their desire to have the incident acknowledged. But hospitals and doctors may not be forthcoming about the mistake leaving patients wondering if they’re going insane.

If you’ve been injured due to medical negligence, the Charlottesville medical malpractice attorneys at MichieHamlett can review your claim and help you file a lawsuit against the negligent doctor. Call today to schedule a free consultation and learn more about how we can help.