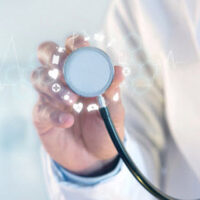 MichieHamlett recently settled a case in which a patient presented to an urgent care center complaining of chest pains that radiated from to his arms, back, and mouth. The plaintiff said that even his teeth hurt sometimes. Since the plaintiff was over 50 years old, a male, was a smoker, had job-related stress, plus a family history of high cholesterol and heart problems, the medical provider performed two EKGs both of which indicated a lack of blood flow to the heart. Computer-assisted data analysis indicated that the man was in the early stages of a heart attack.

Concerned, the medical provider showed the results to a doctor. The doctor interpreted the EKGs as showing a normal variant heart rhythm and not the early stages of a heart attack. The computer was correct. Expert witnesses for the defense would later admit this fact in depositions. MichieHamlett was able to recover $1.7 million for the patient who suffered a heart attack that could have been avoided.

What role should computers play in the role of providing diagnostics for patients? This is a huge question. Doctors need to have leeway to make decisions of their own accord. Computers play the percentages, but doctors need to be on the lookout for rare complications.

Doctors use a lot of acronyms to remember things. The HEART acronym is used to strategy chest pain complaints into different threat levels. HEART stands for History, EKG, Age, Risk Factors, and Troponin. The patient’s doctor never ordered Troponin testing which would have revealed the onset of a heart attack. Further, the patient’s age, family history, and EKG all indicated that he was at increased risk for a severe heart attack. Finally, the patient had risk factors that included high stress from his job.

In countermanding the computer’s decision, the doctor failed to order a Troponin test that could have decisively established that the patient was in the early stages of a heart attack. Here, the doctor’s interpretation failed to account for the other risk factors at play.

Even if the patient’s heart rhythm mimicked a normal variation of heart rhythms, the EKG along with the patient’s history should have provided enough impetus to order a Troponin test. The doctor relied only on his interpretation of the EKG to eliminate the possibility that the patient was having a heart attack.

The Roanoke medical malpractice attorneys at MichieHamlett represent the interests of patients injured by medical negligence. Call our office today to schedule a free consultation and learn more about how we can help.

By MichieHamlett Attorneys At Law | Posted on June 2, 2021
« Has The Pandemic Impacted The Quality Of Health Care?
MichieHamlett Secures $1.5M Settlement For Truck Accident Victim »