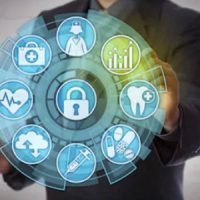 Recently, a medical malpractice lawsuit has been filed in Alabama over the death of a baby during a ransomware attack. Doctors are increasingly facing risks related to medical malpractice that stem from cyber security issues. The case mentioned above is the first known death related to ransomware and other malware attacks. Another incident in Georgia resulted in charges being filed against the COO of the IT firm tasked with protecting the hospital.

In Alabama, hospital officials paid the ransom to get their computers back working. They claim the attack did not result in any patient harm. However, the parents of a newborn who died blame the attack for their child’s death. The hospital has denied wrongdoing.

Can hospitals be held liable for cyberattacks?

Is this a medical malpractice lawsuit?

If you’ve been injured due to negligent hospital or health care, call the Charlottesville medical malpractice attorneys at MichieHamlett today to schedule a free consultation and learn more about how we can help.