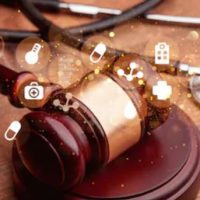 A Minnesota doctor filed a medical malpractice lawsuit against an emergency medical provider and won to the tune of $25 million, according to recent court documents. According to the lawsuit, the doctor suffered a zipline injury in Mexico. When he was under-impressed by the quality of care he was receiving, he asked for an emergency medical flight back to the States but was denied. As a result, the doctor arranged his own passage back to the states, but by that time, the damage to his leg was so extensive that it required amputation.

While the doctor won his lawsuit, the defense contended that he was careless when acquiring the zipline injury and rejected medical advice to remain in the Mexican hospital.

A look at the damages

The jury awarded the defendant handsomely. $10 million was awarded for punitive damages meant to punish the defendant for their actions. Another $3 million was for breach of contract after the medical provider refused to fly the doctor back to the states.

The plaintiff, who was himself a plastic surgeon, called the quality of care he received in the Mexican hospital “so poor, that in the states it would have automatically qualified as medical malpractice.” When he demanded to be sent back to the states for treatment, it is unclear whether the emergency medical provider had a duty to honor that request or had discretion in what services they were required to provide. In this case, the emergency medical provider acted in their own best interests by demanding that the patient stay in a hospital where he was not comfortable. As a result, they may have saved themselves the costs related to an emergency flight, but will now have to pay out $25 million to a doctor missing a leg. So, it’s exactly these types of cost-cutting decisions that place companies in the line of fire.

At the Mexican hospital, the doctor put his entire leg in a cast and told him it would be fine by tomorrow. The doctor called an orthopedic surgeon stateside who informed him that was a terrible mistake. The cast would impede blood flow to his lower leg and could result in further injury. Alarmed, the doctor called the medical emergency company to express concerns over the quality of care he received. The company told him the hospital was staffed with top doctors and the quality of care he was receiving was good. They refused his request to be transported back to the states. The doctor then paid his own way back to the states, but by the time he got back, he required several surgical procedures to save his leg. None of them worked.

And that is the story of how one medical provider saved $20,000 and ended up costing themselves $25 million.

If you’ve been injured due to the negligent quality of medical care you received, you may be entitled to compensation. Call the Richmond medical malpractice attorneys at MichieHamlett today to schedule a free consultation and discuss your situation in more detail.