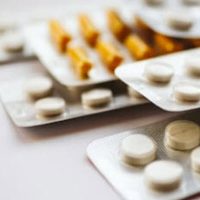 Once the U.S. government became aware of the opioid crisis, the pressure on pharmacists, doctors, and pharmaceutical companies went up. To understand the problem, you have to understand how our system works. Each actor has a fiduciary duty to act in someone’s best interests. If you’re an executive at a major corporation, your duty is to your investors. Since the executive’s duty is to the investors, not you or anyone else, their job is to increase profits to the maximum extent possible, thus showering the investors with cash. However, they cannot break the law to do this.

Some pharmaceutical executives have been sentenced to a decade or more in prison for their role in the opioid crisis. Pharmaceutical companies were filling orders for small rural communities that would have afforded all members the community enough opioids to overdose five times over. Of course, that didn’t happen. Instead, the pills were diverted to pill mills where they made their way onto the streets. In fact, pharmaceutical companies are responsible for the largest addiction-based epidemic in our history.

The role of doctors

Recently, a New York doctor was sentenced to 15 years in federal prison for providing what the prosecution labeled as “medically unnecessary opioid prescriptions” to drug seekers. He is not alone. Many doctors have faced similar prosecutions. However, most don’t end with a plea of guilty. The majority of the allegations are fought, and the doctor either gets away with a plea that they can live with, or a verdict is rendered at trial.

In this case, the doctor’s conduct was so open and obviously improper, that the prosecution’s case was strong enough to leverage a guilty plea and a more than 15-year sentence.

According to the state, the doctor wrote very large medically unnecessary prescriptions in exchange for $150 in cash. During these visits, the doctor would see the patients in bulk and write their prescriptions in bulk without reviewing their histories or conducting any examination. It is believed that the majority of patients were simply drug seekers looking for an easy mark to write them scripts. Since the street value of the drugs was well in excess of $150, distributers were able to make as much as ten times what they paid or more.

Unfortunately for the doctor, his cut was insufficient to justify the risk he was taking. While a handful of the street dealers may have gotten popped and then provided all the evidence the state could possibly hope for, logistically, their chances of getting arrested are much lower than his. All it takes is one arrestee to rat on you.

If a doctor provides medicine that harms their patients, they can be sued for damages. This is especially true in the case of opioids. Doctors are required to ensure patients meet strict medical criteria for pain management and are using the drugs responsibly. Call the Charlottesville medical malpractice attorneys at MichieHamlett today to schedule a free consultation and learn more about how we can help.

By MichieHamlett Attorneys At Law | Posted on October 6, 2021
« Hospital Performs Surgeries On The Wrong Hemisphere Of Three Patients’ Brains
Doctor Goes To Prison After Five Patients OD On Opioids »