Doctor Goes To Prison After Five Patients OD On Opioids 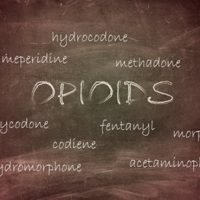 A Tennessee doctor was sentenced to three years in prison after five of his patients OD’d within one year of his intervention. The doctor is accused of distributing a controlled substance without a valid medical reason.

Problematically, in several states, if a drug dealer supplies a drug to a patient that overdoses, they can be charged with second-degree murder or some other form of criminal homicide. The law is much gentler to doctors who kill five of their patients under the color of medicine. This doctor will not face charges related to even one of those deaths. So once again, we have the law playing favorites when the details of the crime are nearly identical if not worse.

The defendant is not the only doctor facing these sorts of charges. Doctors in several other states are facing charges related to the prescription of opioids without a valid medical reason. In this case, the prosecution was able to get the doctor to admit that he prescribed the medicine for no valid medical reason and leverage him into a three-year prison sentence. However, if he was a street-level dealer, he would likely be spending the rest of his life behind bars for the five deaths. Where is the difference?

When you parade a criminal into court wearing a jumpsuit and looking mean, it’s easy for a jury not to empathize with them. The defendant has no real leverage by which to negotiate a favorable plea because the jury is unlikely to be sympathetic to a drug dealer who cost five people their lives.

Not the case with a doctor. The state could have tried to convict the doctor on five counts of negligent homicide or even second-degree or felony murder. The doctor committed a felony by dispensing the drugs to patients who didn’t need them, and they died as a result of that choice. So, the felony murder rule may stick.

Doctors may be liable if a patient dies of an overdose related to drugs that they prescribe. Call the Richmond medical malpractice attorneys at MichieHamlett today to schedule a free consultation and learn more about how we can help.