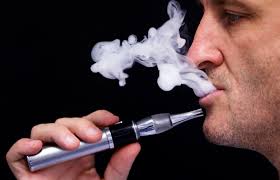 Thanks to a 1998 lawsuit, the internal documents from the tobacco industry are available to the public.  Those documents are astounding in their scope, and are a convincing indictment of the Tobacco Industry.  A group of researchers at the Harvard School of Public Health, led by Hillel R. Alpert, ScD, have poured over and investigated those documents and looked at the current published research on cigarette additives. What these researchers found serves to cast a stronger negative light on the machinations of Big Tobacco – if that is possible.

Back in the ‘70s as tobacco companies began to manufacture light-tar cigarettes, they worked to find the right additives to give their “healthier” products the same kick as the original tobacco cigarettes. Documents uncovered in the investigation show that additives were used to “promote high consumer acceptance and continued use of their products.”

“In 1986, a report by RJ Reynolds described its campaign to target 18- to 24-year-old men by increasing the smoothness and masking the harshness and irritation of tobacco smoke.”

These additives – pyrazine compounds – served as flavor enhancers for the “light” cigarettes, and are being used in e-cigarettes (e-cigs) today. Alpert and his team discovered that “Pyrazine compounds used as additives in tobacco products appear to enhance addiction by increasing product appeal and making it easier for nonsmokers to initiate smoking, more difficult for current smokers to quit, and much easier for former smokers to relapse into smoking,”  (Medscape.com, 06-10-15)

Alpert and his colleagues at the Harvard School of Public Health believe Pyrazine additives in low tar, or “light,” cigarettes and e-cigarettes should be regulated by the US Food and Drug Administration. “We conducted this study to better understand tobacco manufacturers’ research and development of the use of nonnicotine additives and ingredients that contribute to the increased appeal, attractiveness, and addictiveness of products.”

“Flavor additives such as pyrazines have chemosensory and pharmacological effects and may enhance tobacco dependence by acting independently as well as synergistically with nicotine.”  (Medscape.com, 06-10-15)

When Philip Morris figured out the power of additives like pyrazines, it named its formulation “Super Juice” and added it to its Merit brand cigarettes in the early ‘70s. One of those products, Marlboro Lights, now known as Marlboro Gold, became one of its most popular brands. It contains a mix of six pyrazines.

Not to be outdone, RJ Reynolds used pyrazines as well, reporting in 1986 a plan to target young men, ages 18-24, by increasing the smoothness and reducing the harshness of tobacco, thus making it more appealing. In other words, helping to increase the addictive features of their tobacco products.

“Taken together, pyrazines appear to increase product appeal and make it easier for non-smokers to initiate smoking, more difficult for current smokers to quit, much easier for former smokers to relapse into smoking, and may mask the risks of both active and passive smoking,” concluded the researchers.

It comes as no surprise to me to find evidence of the tobacco industry’s determination to promote nicotine addiction, or addiction to both tobacco and non-tobacco products like e-cigarettes. The more subtle information about pyrazines and their role in amplifying the addictive qualities of nicotine takes on new urgency as e-cigarettes are the new “it” product for the cigarette industry, and as regulations are being considered by the FDA. Currently the FDA has a ban on the use of some flavoring—but only for cigarettes. Dr. Alpert suggests the FDA define the types of flavorings used to add novelty, like chocolate and licorice, from those additives that are “primarily chemosensory”, meaning those that serve to cool, smooth and otherwise mask the harshness of nicotine usage. This would allow for more effective regulation of the liquids in e-cigarettes.

Remember, the Tobacco Industry agreed to conceal or omit from the public information regarding the health effects of cigarettes and their addictive nature, with the intent that smokers and the public rely on that information and become addicted to cigarettes.  There is no dispute that nicotine is the drug in tobacco that causes addiction.   And we know that e-cigarettes contain nicotine as well as pyrazines, which will make them even more addictive.  Addiction is an extremely powerful illness.  “The pharmacologic and behavioral processes that determine tobacco addiction are similar to those that determine addiction to drugs such as heroin and cocaine.” (1988 US Surgeon General Report)  The Tobacco Industry, along with other companies entering the e-cigarette market, are apparently using the same strategies and business plans used with tobacco cigarettes.  This should concern many people, including our state and federal governments, which end up absorbing the financial responsibility for a lot of our health care.