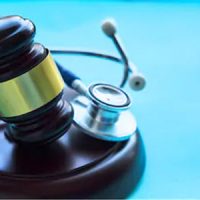 An Omaha family was awarded $26 million after their daughter suffered permanent brain damage from a preventable seizure. According to the parents, the girl collapsed at daycare and was taken to the emergency room. The doctor recognized that the girl had an obvious seizure disorder and held her for the night to order a full workup. However, the girl was sent home the next morning without further examination. She had another seizure and suffered permanent brain damage as a result. The girl, who is now 6 years old, cannot walk or talk or feed herself. She requires 24-hour around-the-clock care. Her parents are hoping to use the money to get their daughter the advanced care she needs. Nonetheless, Nebraska state law places a cap on medical malpractice verdicts meaning the verdict may be reduced to less than $5 million. An attorney for the plaintiffs has called the damages cap unconstitutional.

Several states either have medical malpractice damage caps or had them before they were ruled unconstitutional based on the Equal Protection Clause. Essentially, if you get run over by a semi and become disabled, you can recoup a lifetime of medical expenses and lost wages. However, those who are injured by doctors who cause injuries just as substantial are prevented from recovering more than a specific cap. Why?

Essentially, there are some who believe that medical malpractice lawsuits drive up the cost of health care. While it’s true that states without damages caps tend to cost more to practice medicine in, these states also tend to have the best quality of healthcare in the country. The issue is one of accountability. When a doctor negligently injures a patient, they lose their livelihoods, incur massive costs related to future care, and their quality of life tends to be severely reduced. Those injuries need to be compensated for the injured party to be made whole. Protecting doctors from consequences only reduces the overall quality of care in these states.

States that have successfully passed damage caps on medical malpractice lawsuits don’t limit the overall amount of money a patient can receive, but limit how much in “non-economic damage” they can receive. Economic damages are paid to cover costs related to past and future medical expenses and lost wages. In these states, the girl would be able to receive 100% of economic damages but have her non-economic damages capped at around $1 million. Such states have survived claims that their damages caps are unconstitutional.

Problematically, Virginia caps the total amount of damages leaving many families with insufficient money to cover the costs related to their care. The same families would be entitled to recover much more in a lawsuit against a trucking company.  At this point in time, the damages cap is only $2.4 million but will go up $50,000 until 2031 where it will stay capped at $3 million unless the law is challenged.

MichieHamlett files lawsuits against negligent doctors and hospitals to recover damages for injured patients. Call our Charlottesville medical malpractice lawyers today to learn more about how we can help you recover damages related to medical expenses, lost wages, and reduced quality of life.