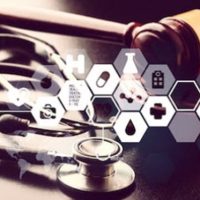 According to the family, the woman was complaining of blood in her urine, and a urinalysis conducted in 2014 corroborated her assessment. The woman was prescribed antibiotics, but the doctor who performed the test never showed the results to an oncologist. In 2015, the same doctor failed to report an abnormal platelet count in 2015. Her oncologist did not become aware of the lab results. The woman was diagnosed with gout after she passed a kidney stone.

Misdiagnosis lawsuits are among the most common but are often difficult to win. In this case, maybe, the plaintiffs will have an easier time because the attending physician never even considered the correct diagnosis. As it turns out, that is one of the major misdiagnosis allegations you can make against a doctor that is generally winnable. In other cases, the doctor may have considered the right diagnosis but eliminated it for bad reasons. Still others involve mistakes involving lab tests. But in this case, the attending doctor never called for a consult or even considered the possibility that bladder cancer was the culprit despite indications otherwise.

While we’re only hearing the plaintiff’s side of the allegations, this is exactly the type of medical malpractice lawsuit that results in a large settlement. The allegations are clear and point to misdiagnosis as the cause of the patient’s death. The doctor failed to consider the proper diagnosis or even test the proper diagnosis if only to eliminate it. It was only until the woman had imaging done after a kidney stone that the cancer was revealed on an MRI.

So this is exactly the sort of medical malpractice lawsuit that results in a six- or seven-figure settlement.

The doctor’s insurer picks up the claim once it is filed when the doctor carries medical malpractice insurance. The insurance company will thus defend the doctor from the allegations. In a case like this, the insurer generally offers a settlement on the condition that the plaintiffs are under a gag order to not talk about the settlement. Plaintiffs who agree to such conditions should be paid more than those who do not. In fact, the doctor is paying you to shut your mouth about the whole thing. In this case, the insurer is likely to offer high six figures with a gag order to prevent the terms of the settlement from becoming public.

MichieHamlett has successfully resolved hundreds of medical malpractice cases on behalf of injured plaintiffs or grieving families. Call our Charlottesville medical malpractice attorneys today to schedule a free consultation and discuss your situation in more detail.

By MichieHamlett Attorneys At Law | Posted on October 13, 2021
« Doctor Goes To Prison After Five Patients OD On Opioids