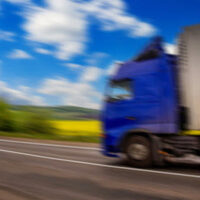 It’s true that we mostly file lawsuits against negligent trucking companies who employ underskilled drivers that cause serious injuries on the roadways. But we also file lawsuits on behalf of truckers who are injured because of some other danger on the road. In this case, a trucker lost his life after his empty tractor-trailer passed through the bridge-tunnel in Chesapeake Bay. The truck fell off the side of the bridge on an extremely windy day, and now the family has filed a wrongful death lawsuit against the bridge management company.

The plaintiff is alleging that the defendant, the Chesapeake Bay Bridge-Tunnel, violated its own policies when it came to safety by allowing the rig to traverse the bridge on a windy day. The bridge consortium will likely counter by saying that they placed warnings on the bridge and that the trucker should have known that an empty rig on a windy bridge was dangerous and avoided the danger himself.

Forty-seven-year-old Joseph Chen was an experienced truck driver delivering seafood in his home state of North Carolina. He needed to cross the CBBT to deliver his goods. The CBBT has a warning system that is triggered when certain conditions are present. In this case, heavy wind should have triggered the system and prevented the rig from traversing the bridge in those conditions. If the gauges detect winds of greater than a specific limit, tractors hauling empty trailers are limited from crossing the bridge. CBBT logs indicate that such conditions were present on the day of Chen’s death. The warning system appears to have not functioned the day of the accident. Hence, the plaintiffs believe that the CBBT should be held responsible for Chen’s death.

It is typical for the government to contract private corporations to handle specific types of construction or management. In this case, the CBBT is a private company that manages a public resource on behalf of the State of North Carolina. While we don’t want to get into NC laws here, suffice it to say that the CBBT is a company that worked on behalf of the government. They will argue that they are shielded from simple negligence actions because of sovereign immunity.

These arguments can be very effective at reducing jury awards and limiting complaints against companies. However, if every company that failed its own safety measures were allowed to walk away from a death they caused, then there would be no accountability.

If you’ve been injured in a truck accident, call the Roanoke truck accident attorneys at MichieHamlett to schedule a free consultation and discuss your situation in greater detail.