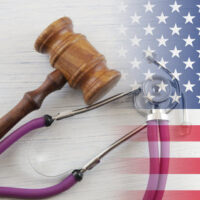 A federal judge ordered the Veteran’s Administration to pay $9 million to a former Navy Veteran after a botched hernia surgery. The veteran was admitted to the hospital for a laparoscopic hernia and went for surgery to repair the hernia. Following his discharge, however, he began to complain of pain and fever. This time, he went to a different hospital where the doctors diagnosed him with a perforated abdomen. The patient’s bowels had begun to leak out of the perforation and a major infection had set in. As a result, the patient was left without any muscles in his core.

Who performed the post-surgical inspection?

In this case, one would image that there were two doctors overseeing the procedure. Typically, one performs the most complex aspects of the surgery leaving it to others to close up the patient and ensure that there aren’t any issues after the surgery. In cases where lawsuits are filed against an individual doctor alleging medical malpractice, it can be a good strategy to cloud liability. However, when a claim is filed against the VA, the judgment is entered against the hospital—not the doctor.

Because VA doctors are covered by the tort claims act, they are not required to purchase medical malpractice insurance. One would image doctors would jockey to work under such conditions, but unfortunately, the laws of most states don’t necessarily require doctors to carry medical malpractice insurance. It is generally a prerequisite for working in a hospital, however, just not at the VA.

Since claims are filed under the Federal Tort Claims Act, it’s the federal government that takes on liability for the hospital and the doctors. It is not, actually, apparent why two doctors from the same hospital would blame each other unless some kind of malpractice could have led to sanctions imposed by the medical board. In a normal medical malpractice case, a doctor who harms a patient would pick up the tab via his medical malpractice insurance policy.

A federal judge awarded the plaintiff over $9 million for his loss of employment and reduced quality of life. Judgments this high tend to have plaintiffs who have serious lifelong injuries that vastly reduce their quality of life, prevent them from working, and incur hundreds of thousands of dollars in subsequent medical expenses to repair.

One would imagine that leaving a patient with a perforated bowel would be a never event, something that should never happen. Post-surgical infections are common and easily avoided if proper precautions are taken. In this case, the doctors didn’t even catch the error.

If you’ve been injured due to medical negligence, the Roanoke medical malpractice attorneys at MichieHamlett can help you recover damages related to your injuries. Call today to learn more about how we can help.

By MichieHamlett Attorneys At Law | Posted on August 17, 2021
« MedMal Lawsuit Tossed, But Breach Of Contract Claim Remains
If You Had An Unnecessary Procedure Or Test, Is That Medical Malpractice? »