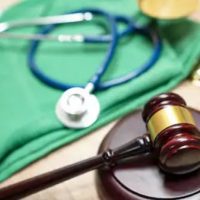 Two more medical malpractice lawsuits have been filed against a doctor who is now in prison on charges of involuntary manslaughter. The total is now four lawsuits against the embattled physicians which alleges diagnostic errors led to delays in treatment which, in turn, led to poor medical outcomes.

The latest lawsuit alleges that the doctor missed a patient’s prostate cancer diagnosis leading to delays in treatment. A biopsy of the prostate was misinterpreted by the doctor to show a negative outcome resulting in the cancer having a 9-year head-start before treatment began. Nine years later, a review of the doctor’s work was conducted and the error was caught.

Another review uncovered another veteran who was being treated for cancer he didn’t have. He died four years ago.

Yet another veteran was misdiagnosed after the doctor failed to notice the patient’s prostate cancer. After reviewing biopsy samples, the doctor declared him cancer-free. Two years later, he was dead.

The doctor was entrusted to review tissue samples for the hospital, but apparently had no idea what he was doing. Allegations that the doctor was drunk on the job made it into the criminal case. The tissue samples reviewed by the doctors were preserved making it a simple task for a review panel to look over the same samples the doctor had cleared. In several cases, they found evidence of untreated cancer that cost at least two patients their lives and one patient precious years of treatment. The doctor pleaded guilty to one count of involuntary manslaughter for his role in failing his patients and was sentenced to 20 years.

In the case that went to criminal court, the doctor had correctly determined that the patient had cancer, but guessed the wrong type of cancer.

In 2016, the doctor was required to go into a substance abuse program after being found inebriated on the job. The hospital required him to submit blood and urine samples, hopefully to be tested by someone other than him. The doctor eventually found a drug that causes intoxication but cannot be tested for in blood or urine.

In 2018, the doctor was arrested for DUI, but police were unable to determine what drug the doctor was on. Eventually, they combed through his internet history to find purchases of the drug 2m-2b. The doctor was able to work unsupervised for twelve years while taking this drug, botching diagnoses, and killing patients. He was also placed in charge of quality management for his department.

The doctor’s arrest triggered a review of all his cases. In nearly 34,000 cases, he had botched nearly 600 diagnoses.

If you’ve been injured due to the incompetence of a medical doctor, you are entitled to recover damages related to past and future medical expenses, lost wages or employability, and reduced quality of life. Call the Charlottesville medical malpractice lawyers at MichieHamlett today to schedule a free consultation and learn more about how we can help.