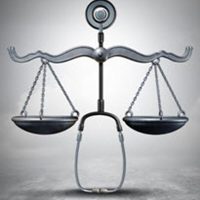 In 2014, the FDA issued a scathing warning letter to a company known as HeartWare. According to the FDA, the company had manufactured several defective heart pumps that could stop working without warning. The FDA demanded that the company fix the problems, but the public was still largely unaware that the medical device was prone to failure. The FDA issued warnings and demand letters, but had no teeth to enforce such demands. The company continued to manufacture potential lethal devices and turn an enormous profit on them until the company was sold. By that time, another company had taken liability for the original designer and manufacturer and no one who contributed any negligence to the situation was ever held accountable.

Heart pumps extend the lives of anyone with serious congestive heart failure. The FDA is responsible for ensuring that the medical devices sold to the public are safe. By the end of 2014, there had been over 3000 reports of device failure. Only 19,000 patients had the heart pump installed that year. That gives the device a failure rate of 16.7%. If the FDA does not have the teeth to remove a device with a failure rate of 16.7% from the market or force the company to comply with demands to fix the problems, then what good is having an FDA at all?

What good is the FDA?

Ostensibly, the FDA’s job is to protect American consumers from dangerous products. In reality, it does more to protect the companies from damaging lawsuits than it does to protect the public. In many cases, the public does not even have access to reports of device failure. Devices can have failure rates as high as 16.7% and the FDA will leave the matter to the system of torts to resolve.

To be sure, the FDA has the power to issue injunctions, revoke authorization for products, and issue fines to companies that don’t comply with their demands. They just don’t do it. But that isn’t even where the biggest problem lies. Congress has passed extremely favorable legislation that prevents the public from gaining access to medical device complaints. Even doctors may be blocked from accessing this database resulting in a situation of artificial ignorance that is meant to protect device manufacturers from excessive lawsuits.

While trade-offs like these happen under the law all the time, the public appears to be getting nothing in return other than the right to file posthumous lawsuits against device makers on behalf of their deceased family members. If the FDA refuses to exert its power to prevent the deaths or severe injuries of 3000 individuals all related to a single device made by a single company, then one could argue that the money taxpayers spend on the FDA is money that is primarily wasted.

The Roanoke medical malpractice attorneys at MichieHamlett have the litigation experience and resources you need to file a claim against a major pharmaceutical company or device maker. Call today to schedule a free consultation and we can discuss your options in more detail.