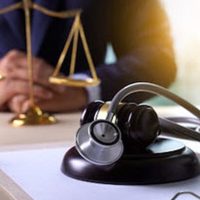 You can tag this under: The worst cases of medical malpractice in history.

There’s a number of really bad medical malpractice cases to survey when you’re talking about the worst ever. These generally involve a surgeon who is addicted to his own medicine and repeatedly botches procedures until someone realizes he’s high. This one, ostensibly, involved no mind-altering substances which made it all the worse.

Two of the patients were okay after the surgery was performed on the wrong side of their heads. One was not. He died as a result of the surgery which prompted an investigation into why so many doctors were operating on the wrong side of patients’ heads. In the end, the hospital was fined $50,000 and required to create a neurosurgery checklist to remind them to check which side of the head they were supposed to be operating on.

In the line of patients who had surgeries performed on the wrong side of their brain, it was the second who died. The second instance prompted medical authorities to review the hospital and impose a checklist system to ensure they were operating on the correct side of the patient’s head. In the third case, the checklist system was already in place when the doctor operated on the wrong side of the patient’s head.

A patient had to undergo emergency surgery to repair bleeding in his brain. According to the hospital, a nurse practitioner working under the care of the hospital’s neurosurgeon forgot to record which side of the brain was supposed to be operated on. When the nurse practitioner pointed out the error, the neurosurgeon decided to flip a coin, or as he put it, “recall which side to perform the surgery on by memory.” In this case, he was wrong.

The surgeon eventually corrected the mistake and began the operation on the correct side of the patient’s brain to repair the bleed. The patient survived the surgery. As a result of the mistake, the hospital suspended the doctor’s privileges. In this case, the same doctor operated on the wrong side of a different patient’s head at a different hospital. The medical licensing board declined to sanction the doctor and instead created a remediation plan. The doctor was called in to perform an early-morning surgery on short notice.

If you’ve been injured during a surgical procedure, medical negligence may be to blame. Call the Charlottesville medical malpractice attorneys at MichieHamlett today to schedule a free consultation and learn more about how we can help.