If You Had An Unnecessary Procedure Or Test, Is That Medical Malpractice? 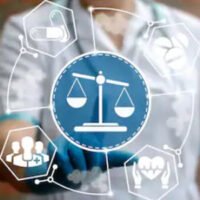 Have you ever worried about whether your mechanic would diagnose your vehicle with a major problem just to bilk you for as much money as possible. Well, there are several doctors who are now facing extended sentences for doing the same thing, while others are still practicing medicine in the United States. Some are facing a litany of civil lawsuits related to the intentional misdiagnosis of patients, while others look like they’ll never see the outside of a prison cell again.

The problem is rampant and has a lot to do with what patients know and understand about their disorder. Patients are often in a vulnerable position with doctors provided expert recommendations on how to proceed. Few patients question their expertise and often, it is only until years later, and a second opinion, that the doctor’s incompetence or greed is discovered. Then more patients report similar experiences, and an investigation begins. Often, investigators are left wondering whether or not the doctor is extremely incompetent or simply evil.

What is medical malpractice?

Medical malpractice is a form of professional negligence. It requires that a doctor render a poor standard of care to their patients that would be less than the prevailing industry standard. It also requires that the patient sustain physical injuries from the malpractice. No injuries, no malpractice.

Fraud, on the other hand, is actionable even if no one is physically injured. Often, these doctors face health care, Medicaid, or Medicare fraud. Beyond that, telling a patient that they have a disorder that they do not have so that you can bill their insurance for as much money as possible is considered medical battery, since fraudulent misrepresentations were used to manufacture consent.

A major dentistry chain was hit with a wrongful death lawsuit when an infant died after a pulpotomy. pulpotomies are like root canals on infants. While they do serve a purpose, it is not the first recommended course of treatment, and rarely would an infant need a pulpotomy over a less-invasive procedure. Nonetheless, this chain recognized that they could make more money performing pulpotomies, so they sold parents on the notion. The plaintiffs in one lawsuit, who lost their infant boy during an unnecessary pulpotomy, have filed a wrongful death lawsuit against the chain. The same chain was forced to pay nearly $24 million for allegedly submitting false claims.

Convincing a patient they need a procedure that they do not need or falsely diagnosing a patient with an ailment so that the doctor can bill for treatment is considered fraud, medical battery, and medical malpractice. Call the Charlottesville medical malpractice attorneys at MichieHamlett today to schedule a free consultation and learn more about how we can help.

By MichieHamlett Attorneys At Law | Posted on August 18, 2021
« Federal Judge Orders $9M Verdict In Favor Of Veteran Against VA
The Most Dangerous Drugs In America »