Lawsuit Claims Woman Was Still Alive After Being Pronounced Dead 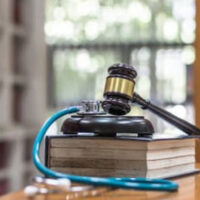 Misdiagnosis is among the most frequent allegations found in medical malpractice lawsuits. However, misdiagnosing a patient with death is not something you hear about very often. Recently, a judge dismissed some (but not all) of the claims related to a 99-year-old woman who was pronounced dead at the hospital. The woman later died, ostensibly, due to lack of treatment.

The case could prove tricky for the plaintiff’s attorneys. Since this is such a rare allegation, the court will need to establish a standard for determining whether or not a patient is alive. If the hospital met the prevailing standard of care, then the plaintiffs may be out of luck. The plaintiffs will not be able to claim that the woman’s pronouncement of death is in and of itself medical malpractice. The claims will need to meet a specific standard. Below, we’ll outline some of the details surrounding this case.

We can already guess how the litigation will go. The plaintiffs will claim that the hospital failed to perform a full workup of the woman resulting in a delay in medical treatment that caused her death. The hospital will argue that there is sometimes a fine line between life and death and even modern medical equipment can sometimes fail. Even still, it may be difficult for the plaintiffs to prove that their descendant was still alive when the hospital failed to treat her in a timely manner.

So the hospital’s defense will be: The woman was dead when we looked at her, but even if she was still alive, we provided the prevailing standard of medical care when we made that determination using the best technology available and years of medical experience. However, if the hospital or any of its staffers failed to use any medical technology that would have produced a better result than merely looking at the patient or feeling their pulse, then the hospital will be held liable for misdiagnosing the patient as dead and failing to render medical care on that basis.

The plaintiffs allege that the hospital failed to follow hospital procedure when pronouncing the patient dead. There is also a question of whether or not the patient suffered during the final moments of her life after being pronounced dead.

After she was declared dead, the mortuary found a significant amount of blood on the woman, including a broken nose. Attorneys for the plaintiffs believe that the deceased suffered these injuries after she was pronounced dead. The amount of blood discovered in the mortuary can be used as an indication that the deceased was still alive. Dead people don’t have circulation and hence don’t bleed the same way the living do.

The hospital has denied that they failed to follow hospital policy. They also will not admit that the woman was dead when she was placed into a body bag. Blood within the body bag seems to indicate otherwise. This will be an interesting case to follow.

Have you been injured or lost a loved one to a negligent doctor? If so, call the Virginia medical malpractice attorneys at MichieHamlett today to schedule a free consultation and discuss your situation in more detail.