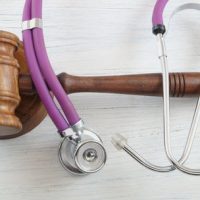 We’re hearing about more lawsuits concerning inmates in prison. These lawsuits are filed under a theory of medical malpractice. To understand these lawsuits, you have to understand that the state has a duty of care to ensure that the basic needs of all prisoners are met. This includes medical services. When the state fails in this duty of care, the family of the inmate (or the inmate himself) can file a lawsuit. Often, these lawsuits involve allegations of wrongful death.

More states are outsourcing their medical care to private companies that bid on contracts to provide medical services to the prisoners. These companies are liable when a prisoner dies or is severely injured due to their negligence.

In the case we’re about to discuss, a prisoner died due to a tumor in his neck that was obstructing his breathing. After complaining about the problem for several months, the prison ignored him and then threatened him, according to his attorneys. He died due to complications related to the tumor.

Regardless of how heinous the inmate’s crime is, the state and the medical providers have a duty of care to ensure that basic medical services are provided. In this case, the prisoner was complaining of a real problem that was easy to confirm. Yet no one confirmed it. No one even bothered to look. Now the family is suing the Virginia-based prison health contractor and the state of Vermont for its role in allowing the inmate to suffer and die.

What happened after the inmate’s death?

Inquiries. A law firm was hired to conduct a review of the situation. They determined that the prison health care contractor was primarily responsible for denying lifesaving care to an obviously sick inmate. However, the report didn’t stop there. It also made several recommendations moving forward and implied that prison staff should undergo racial bias training, called upon the state to determine if guards played a role in the inmate’s death, and recommended the DOC install their own in-house doctor to act as medical director.

This is a slam dunk in terms of the facts. The inmate complained of obstructed breathing, the inmate’s breathing was obstructed, the inmate died of complications related to suffocation. It doesn’t get any better than that if you’re a medical malpractice lawyer. The state had a duty of care to render medical aid and they simply didn’t.

However, the medical contractor will likely blame the guards for failing to ensure that the inmate’s claims were taken seriously. Nonetheless, a doctor is expected to at least check the area where the pain is coming from, they didn’t, and so they’re liable. That’s the beauty of private medical companies. They take liability for the government making them easy scapegoats in these scenarios.

If you have been injured due to negligent medical care, the Charlottesville medical malpractice attorneys at MichieHamlett can file suit on your behalf and recover damages related to your past and future medical expenses, lost wages, and reduced quality of life.