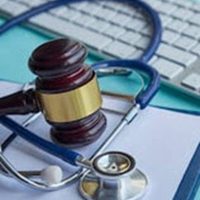 A Honolulu man spent the last two years of his life attempting to convince psychiatrists that not only was he sane, but they had mistaken him for someone else. The psychiatrists, of course, were unconvinced. Eventually, two years and eight months later, someone checked out his story. They were able to determine that they had the wrong man. He is now suing literally everyone. In this article, we’ll discuss his cause of action.

The plaintiff is a homeless man who had fallen asleep outside of a homeless shelter. He was picked up by police who charged him with crimes committed by another man. The other man had a major rap sheet but did not look very much like the plaintiff. Both men were white, ironically. In insisting that he was not the man police believed he was, he was committed to a state psychiatric hospital based on delusional thinking. After the plaintiff had his fingerprints and mugshot taken, the data indicated he was not the same person who was being charged with a crime. At one point, state employees took him down to get his social security card, and he was given a card under his real name. Despite this, he remained locked up for several months.

During that time, he was given antipsychotic medication and other dangerous medical interventions that were not necessary. Once they realized the mistake, they dumped the plaintiff off at the nearest homeless shelter and gave him back the 50 cents that was in his pocket, acting like the whole thing never happened. The person they thought they had is in prison in Alaska.

The plaintiff gave the police his grandfather’s name, which is the same last name as the Alaskan convict’s. According to the arrest warrant, the plaintiff’s name was placed as an alias beneath the other name on the warrant. In other words, it appears to be altered to avoid the appearance of a false arrest. The confusion has still not been cleared up, so the plaintiff may face an issue like this again. He currently resides with his sister and seldom leaves her home for fear of what could happen.

The plaintiff is filing lawsuits against the municipality of Honolulu, the hospital, and just about everyone else who was involved in the issue. While it’s likely that the hospital will blame the police and the police will blame the plaintiff for giving a false name, the matter will involve several unpleasant questions and even though the plaintiff contributed liability by lying to police, he did not alter a warrant or ignore the fact that the man’s name on his social security card was different than the one they were calling him. So, he should receive compensation from the state and the hospital for his injuries, false incarceration, medical malpractice, and pain and suffering.

If you have been injured due to the negligence of a medical doctor, health clinic, or hospital, call the Roanoke medical malpractice attorneys at MichieHamlett today to schedule a free consultation and hold those who injured you accountable.