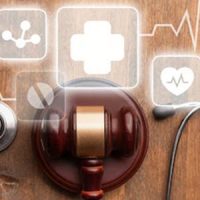 A former female student at a Craig County high school has filed a lawsuit against the school and a former nurse practitioner who is accused of fondling her breast during a physical. The government had moved to dismiss the case against the school, but that motion was denied. The case will be allowed to move forward.

According to the student, several things were awry during her physical. She had had several physicals prior to this appointment. She said that she was greeted by a man identifying himself as a doctor. There was no nurse in the room at the time. The man was actually a nurse practitioner who slid his stethoscope under the patient’s bra and fondled her breast while listening to her heart. He then ran his fingers up and down her spine for an unusually long time. Sensing this was not the normal course of a physical, she filed a complaint against the wellness center which services Craig County and the county government for employing the nurse practitioner who committed the medical battery. However, the services provider has not been named in the lawsuit and neither has the alleged culprit.

Why did the government try to dismiss the case?

That argument won’t work. The government suggested that the plaintiff file a sexual assault lawsuit or negligent security lawsuit against the center, but as of yet, that has not happened. Medical malpractice technically is a negligence claim. That means that if a doctor does something intentionally to injure a victim, it would probably fall outside the scope of medical malpractice. However, because the government and the wellness center gave a predator access to a victim pool, they are still liable.

Uncle Sam has it right. However, the court was also right that because the sexual assault occurred in the performance of medical duties, it is still pursuable under a medical malpractice theory. It just prevents the client from pursuing greater damages and it makes the case harder to file and win.