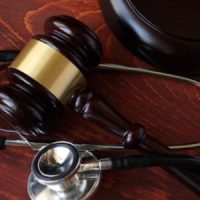 A man suffered a severe brain injury when a medical device failed. According to the lawsuit, he was attempting to have a benign tumor removed from his brain, but the laser device broke during the operation. The company that produced the medical device settled with the plaintiff for over $12 million. However, the surgeon that performed the procedure fought the lawsuit filed against him. A Philadelphia jury returned a verdict in favor of the plaintiff for $9.7 million.

During the surgery, the medical device broke. The tip of the laser device broke off releasing pressurized carbon dioxide into the patient’s brain. The patient suffered extensive injuries and has difficulty walking, talking, and maintaining balance. He has since developed a seizure disorder. While the money will be nice, it won’t bring back his quality of life. The plaintiff was a former high school principal and marathon runner.

The medical device company that engineered the device issued a recall in 2016 over a problem related to the device heating up too much and too fast. However, that device was replaced in 2018 and appears to be the device used by the defendant in this lawsuit. While there have not been a number of complaints concerning this device, this recent lawsuit appears to indicate that there might be.

In terms of medical devices, the rules follow the laws of product liability. That means medical device companies tend to be strictly liable when their devices break, malfunction, and cause injury. These devices are regulated by the FDA, but it can be quite easy to get clearance for a medical device that is substantially similar to those already in use, providing companies with an end around the regulatory process.

Multiple defendants in medical malpractice lawsuits is not uncommon. If you’ve been injured due to the negligent care of a health clinic, hospital, or doctor, call the Charlottesville medical malpractice attorneys at MichieHamlett today to schedule a free consultation and learn more about how we can help.

By MichieHamlett Attorneys At Law | Posted on December 20, 2021
« Man Locked Up In Psych Ward For Two Years After Mistaken Identity Files Lawsuit
COVID Pandemic Rages On Amid Resurgence Of Elective Procedures »