MedMal Trial Could Head To SCOTUS 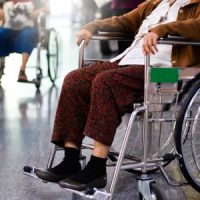 Unlike most medical malpractice lawsuits, this lawsuit is filed under the Nursing Home Reform Act of 1987. The act lays out the minimum standards of care for nursing homes. The major stick that the government uses to enforce this act is the revocation of Medicare and Medicaid insurance for the facility. If a facility were to lose its public insurance, the facility would no longer be economically viable. So, it’s a pretty big stick. Nonetheless, enforcement under the NHRA has been sporadic at best. Since states are required to monitor and enforce the rules, the act has not been a major player in creating necessary reforms.

The nursing homes, obviously, want to avoid liability under civil rights violations because they could potentially lose a lot more money than they would in a medical malpractice lawsuit. In Virginia, there are damage caps on medical malpractice lawsuits and they require expert witnesses to pursue. They are costly. Civil rights attorneys routinely extract attorney’s fees from their settlement awards and plaintiffs are entitled to substantial pain and suffering damages.

Two federal courts have already sided with patients. Now, the nursing home consortium of Indiana wants the Supreme Court to hear the case. Thus far, they have not agreed, but that could change. Private nursing homes would not be impacted by the ruling.