MichieHamlett Receives Five Of The Top Million-Dollar Settlements Of 2020 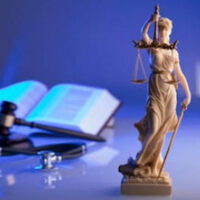 Each year, Virginia Lawyers Weekly releases Virginia’s top settlements and verdicts. This year, MichieHamlett was featured five times in that list for settlements in excess of $1 million. Below, we’ll discuss our largest verdicts of 2020.

Attorneys Ben and Brian Glass along with Brian Slaughter, and Kyle McNew helped secure a $3.5 million settlement after a 10-year-old student was crushed to death by a motorized partition at school.

The 10-year-old was asked by a teacher to help operate a partition that separated two rooms. The teacher was giving directions from the next room over. The student could not hear her so he placed his head on the partition. When the partition was activated, it trapped the child’s head resulting in massive head trauma and later death.

MichieHamlett filed a wrongful death lawsuit against the school and the companies that engineered the motorized partition and component parts. The plaintiffs were able to recover $2 million from the school in an initial round of litigation. MichieHamlett later secured an additional $3.5 million from various parties.

Attorneys Bryan Slaughter, and Kyle McNew of Charlottesville teamed up with Benjamin W. Glass II and James Abrenio of Arlington to secure a $2 million verdict after a 9-year-old child was crushed by a motorized partition at school.

The soundproof partition separated the gym from the music room. The child was killed after he was invited by a teacher to operate the gym-side power control. As he did so, Wesley leaned his head into a gap in the partition. As the partition opened, the last panel folded toward the wall creating a deadly pinch point.

The child’s death led to claims against various county employees responsible for implementing safety policies and supervising children. A lawsuit was also filed against the companies responsible for designing, manufacturing, distributing, and installing the partition.

Attorneys Anthony M “Tony” Russel of Roanoke and attorneys Les S. Bowers of Charlottesville helped secure a $1.7 million settlement in a medical malpractice lawsuit after doctors failed to act on an abnormal electrocardiogram. The defendants performed two EKGs on the defendant both of which provided abnormal readings—an indicator that the plaintiff was developing a heart attack. AI-driven computers reported the same. However, after an employee showed the EKG to a supervising doctor, the doctor countermanded the AI’s recommendation and concluded that the EKGs showed a normal variant—not signs of cardiac distress.

Instead, the patient was diagnosed with “epigastric” abdominal pain and discharged with a prescription for Protonix, a drug known to increase the risk of heart attacks. The patient went home thinking he had bloating but two days later, he suffered a massive heart attack which led to his death. The case was resolved confidentially for $1.7 million.

Three months after, the doctor told the patient she may require a second revision surgery. The doctor said that although radiology showed stable plate fixation and her pain had improved, that this procedure was necessary. It was during this surgery that the plaintiff sustained life-altering injuries.

The plaintiff now experiences chronic neurological symptoms including pain, numbness, and weakness. Her injuries left her unable to perform her job costing her past and future earnings in excess of $1 million.

Attorneys Tony Russel and Les Bowers secured a $1.2 million settlement after a patient was injured during a cardiac catheterization procedure. The plaintiff alleged that the surgeon improperly attached an air-filled syringe to the wrong catheter. The surgeon then injected air into the patient’s radial artery causing a stroke.

As a result of the injury, the plaintiff required HBO (or hyperbaric oxygen). The hospital did not have an HBO chamber. Miraculously, the patient recovered and was able to return to work. However, he has some ongoing problems that reduce his quality of life.

Talk to a Virginia Personal Injury and Medical Malpractice Attorney

You will only get one chance to settle your lawsuit. MichieHamlett focuses on complex litigation involving medical malpractice, product liability, and more. With our years of experience and track record of success, your case is in good hands with our experienced Virginia medical malpractice attorneys. Call today to schedule a free consultation and learn more about how we can help.

By MichieHamlett Attorneys At Law | Posted on May 6, 2021
« Bad Gas Diagnosis Leads To Wrongful Death Lawsuit
Medical Malpractice Versus Medical Mistakes: When Can You Sue? »