MichieHamlett Secures $400,000 For 70-Year-Old Patient Who Fell From Hospital Bed 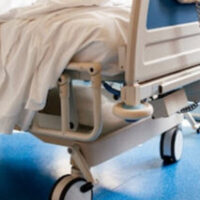 MichieHamlett was able to secure $400,000 for a patient who fell from his hospital bed. The patient, a 70-year-old man who used a walker to manage his back, hip, and leg pain, was correctly identified as a fall risk by the hospital. The man was undergoing bypass surgery.

At one point, the patient was given 10 mg of Ambien to help him sleep. He was also on Percocet and Neurontin at the time of the fall. The patient, whose perception was impacted by the high dose of Ambien and two different types of pain medication, believed that the hospital was on fire and that he needed to escape.

Since the man was a fall risk, his bed had an alarm to alert staff every time he got out of it. Hospital staff said that they put the alarm on prior to the patient entering the bed, but the alarm never sounded when the patient left his bed. Luckily, a nurse caught the patient and assisted him to the bathroom. Two hours later, the man did exit the bed on his own but broke his femur in the process. Moments later, the nurse found the plaintiff in a state of considerable confusion and complaining of leg pain. Imaging revealed that the man sustained an injury to his large leg bone.

Slip and fall lawsuits in hospitals

Not all slip and fall lawsuits that happen in hospitals are the result of medical negligence. In many cases, slips and falls are the result of ordinary negligence, even in hospitals. However, because the patient was a fall risk and the hospital correctly identified the plaintiff as a fall risk and then rendered a standard of medical care that didn’t appropriately mitigate the fall risk, the hospital offered a significant settlement to the patient. The hospital also placed the patient into a bed without an alarm and gave him enough medication to cause him to hallucinate. Since several medical decisions contributed to the patient’s injury, the case was determined to be a medical malpractice case and not ordinary negligence.

If you’ve been injured by a doctor or in a hospital, call the Roanoke medical malpractice attorneys at MichieHamlett today to schedule a free consultation and learn more about how we can help.