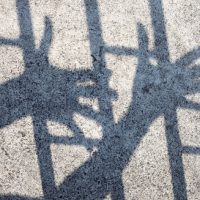 The mother of a 19-year-old teen who died in county has filed a lawsuit against the county and their health care provider. As we’ve written about before, jails and prisons are quietly outsourcing their medical services to private health care providers who offer fixed rates, reduce costs, and take on liability for the county when something does go wrong.

The teenager allegedly led police on a chase after stealing a van. He was born with a condition that causes heart defects, muscular dystrophy, and can lead to a heart attack. The teenager had been receiving treatment for this condition his entire life and was in good health when he was incarcerated. The health care treatment provider is named in 18 lawsuits filed just in Pennsylvania. Another lawsuit bears an eerie similarity to this one. In that case, a 19-year-old with a chronic bowel condition was denied medical treatment and died in lockup.

Those with chronic but manageable conditions like the two inmates who died in county are at extreme risk when being incarcerated. These same medical service providers are adept at handling minor injuries resulting from fights or shivs, but when an inmate tells staff that he has a chronic condition, the staff routinely ignores them, even as their condition deteriorates to the extent that they are unresponsive. In both cases, the inmates were denied maintenance medication and intervention that would have saved their lives. Since the prison and its medical service provider are responsible for patient care, they are liable to the families.

It can be easy to think that prison staff simply didn’t believe the inmate because he wasn’t showing any symptoms but that is far from the case. In the days leading up to his death, the inmate had lost 15 pounds from his 120-pound frame. Other inmates referred to him as “Ghost” or “The Walking Dead”. Despite alerting medical staff and the clear and obvious state of his health, he was continually denied medical attention until he died.

So, the problem isn’t a lack of communication. The problem is a lack of care. It wasn’t until the end of the month that the prisoner saw a doctor. At that point, a chest X-ray revealed that fluid had built up in his lungs. He was transferred to a hospital, but by then it was too late.

Add to this the fact that several inmates have died because staff failed to respond to their complaints and you begin to see the gravity of the problem. For someone with a pre-existing condition that requires medication maintenance, any incarceration can turn out to be a death sentence. In this case, neither inmate was ever given the chance to defend themselves from the charges.

If you’ve been injured due to the negligent medical care of a doctor, hospital, or nursing staff, call the Roanoke medical malpractice attorneys at MichieHamlett today to schedule a free consultation and we can begin discussing your best route to recovery.

By MichieHamlett Attorneys At Law | Posted on January 21, 2022
« Hit By a Texting Driver? | Virginia Car Accident Attorney Explains How to Find Out
RECALL On Amazon Delivery Vans Defective Shift Caused Crashes And Injuries »