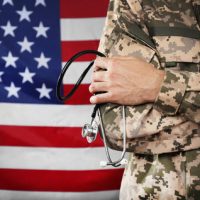 A non-commissioned army officer who lost his brother to ISIS in Iraq now also has to deal with severe complications that emerged from his wife’s pregnancy. His wife was diagnosed with a recto-vaginal fistula, a condition in which a tear between the rectum and vagina results in septic leakage. The woman reported to the clinic in severe pain, so the doctors made the decision to operate immediately. The woman suffered severe complications from the surgery, which has a success rate of between 90% and 100%. In this case, the patient needed 12 follow-up surgeries to attempt to repair the damage.

The defendants contend that the decision to perform the surgery was not in error. They say there was no sense in continuing to wait for more fecal matter to seep into the woman’s vagina. Experts testified that the repair should have been forestalled until the surrounding tissue was less inflamed. Further, the doctor who performed the surgery was not certified to perform female reconstructive pelvic surgery. Two surgeons with such specialties were available at the hospital at the time the woman had the surgery performed. They were not consulted until 15 months after the original surgery.

Will the plaintiff win this lawsuit?

If this were before a jury, it would probably be a slam dunk. But the case is being tried before a judge who will render the decision based on the testimony he heard. That being said, it’s hard to see based on the article and testimony presented in this case that the judge would find in favor of the hospital. Nonetheless, the decision could be complicated.

The judge must determine whether or not the hospital breached the standard of care when performing the surgery with a non-specialist. While the mere presence of specialists qualified to do the surgery is not enough to prove medical malpractice, the prevailing standard of care for the industry requires a specialist to perform this surgery. Further, a surgery with a 90% – 100% success rate was botched by the non-specialist. So, the industry-established standards of care breached and evidence that the hospital could have rendered better aid, it’s nearly impossible to imagine how the plaintiffs lose this case.

If you’ve been injured by the negligent practice of medicine, call the Charlottesville medical malpractice attorneys at MichieHamlett today to schedule a free consultation and begin the process of recovering damages related to your injuries.