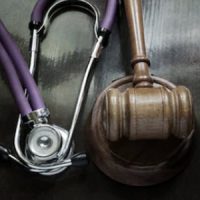 Parents who lost their child while under the care of the child’s hospital filed a medical malpractice lawsuit. That case has since been settled and although the details of the settlement aren’t open to the public, some of the facts surrounding the case are.

The facts of the case

The infant’s mother brought him to the hospital after she noticed swelling in his groin area. An ultrasound showed that the boy had a hernia and the doctor called the boy’s primary care physician to consult about surgery. The child was released but returned to the hospital hours later when the symptoms appeared to worsen. The child was checked and once again released. The mother then brought the child back a third time to the emergency room the following morning. At this point, the child had stopped eating, was vomiting, and had a temperature of 102 degrees. An X-ray showed multiple “loops” in the child’s intestine.

The child was immediately flown to the defendant’s hospital and placed in the pediatric ICU. A subsequent X-ray showed that the child had a severe bowel impaction. He underwent consecutive surgeries to repair the issue. This resulted in the removal of much of his bowel. Yet his condition continued to worsen, and the boy eventually died.

We don’t know because the case is sealed. However, we can guess that the first hospital did not contribute negligence nor that their delay in correctly diagnosing the bowel obstruction resulted in the patient’s negative outcome. That’s because the lawsuit was filed against the second hospital to which the patient was flown after intestinal issues became known. It is unclear what the first hospital communicated to the second hospital, but once the child got there, a second X-ray was taken to determine that there was a bowel obstruction. The obstruction was treated, but the child ended up losing 75 cm of bowel. The child’s condition continued to worsen until providers recommended the parents place the child on a DNR order. The child died a couple of days later.

In a case like this, absent grounds for punitive damages, settlements can go between $500,000 and $1,000,000. Cases in which the infant remains alive but unable to care for themselves settle for considerably more since the parents incur the expenses of ensuring the child receives 24/7 care.

If you’ve been injured by a medical doctor, call the Charlottesville medical malpractice attorneys at MichieHamlett today for a free case evaluation. While every negative outcome doesn’t amount to medical malpractice, our attorneys will evaluate your case and if it sounds like you have a solid allegation, we will take it. Call today to learn more.