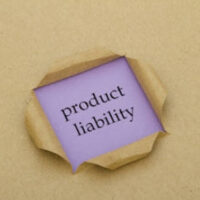 In 2019, Trek Bikes introduced a new line of helmets that were advertised as the type of advancement that we see once every 30 years. The new helmets were supposed to prevent some of the worst injuries to the neck during serious bike accidents. The scientific theory behind the advancement was that many folks suffer “rotational” injuries when their head or neck gets twisted on impact. The WaveCel technology was supposed to mitigate the damage caused by rotational impact.

Without getting too technical, the structure of the helmet itself reduced impact to the head, or so the theory went, due to a honeycomb structure that distributed force after impact by shearing the force laterally across the helmet. Trek said that WaveCel helmets were 48 times more likely to prevent concussions than other similar helmets available on the market. While some believed that was (to say the least) unprovable, the claims went ignored until a class-action lawsuit was filed against WaveCel earlier this year.

The lead plaintiff in the class-action lawsuit has yet to allege that anyone was injured as a result of WaveCel technology. Indeed, a single person suffering a concussion while wearing the helmet wouldn’t be enough to prove that the helmet was defective for the purpose of protecting heads. However, the lawsuit alleges that the plaintiffs bought into WaveCel technology and were willing to pay extra for a helmet they believed was 48 times safer than the industry standard. But they allege that no such technology existed.

Is This False Advertising?

Had WaveCel said something like “our bike helmet is the best ever” or “our bike helmet applies technology that reduces the risk of concussion by such-and-such percent,” we may not be having this discussion at all. However, peer-reviewed studies indicate that WaveCel’s anti-rotational impact technology does outperform foam helmets. So the question then becomes: Where is the material misrepresentation?

Well, WaveCel did imply that the technology they were using was novel and better than other helmets advertising the same features and made a specific claim of their product being “48 times” safer than other helmets. WaveCel’s helmets were also more expensive, going for $150 when the industry standard was around $60 to $100. So each plaintiff lost about $50 bucks because they were manipulated by aggressive marketing.

Nonetheless, it seems unlikely that a settlement will result in a major windfall for the plaintiffs unless the bike helmet failed to perform as expected and that resulted in injury.

If your bike helmet failed to protect you when you needed it most, you may be able to file a lawsuit against the manufacturer to recover damages related to your medical expenses, lost wages, and reduced quality of life. Call the Virginia product liability attorneys at MichieHamlett to schedule a free consultation and discuss your injuries in more detail.