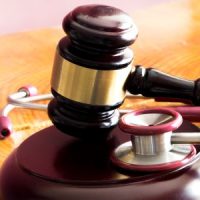 A man who was paralyzed after surgery recently recovered $4 million after a verdict in his favor. The patient ended up paralyzed after he had a small skin lesion removed. According to the lawsuit, the doctor recommended that he go off of his anticoagulant medication prior to the surgery. The man suffered a stroke and is now paralyzed. The jury sided with the plaintiff that the doctor breached his duty of care by failing to adhere to the best practices for the procedure. Essentially, the plaintiff was able to successfully claim that he never should have been taken off the anti-coagulant.

It’s rare that a lawsuit like this would go to trial unless the doctor’s insurance carrier believed that the demand award was too high and decided to roll the dice before a jury. However, the plaintiff would have had to argue that the decision to take the patient off the anticoagulation therapy prior to the surgery was a step away from industry-standard practices. One can readily see why a surgeon removing a lesion would be concerned that an anticoagulant could result in considerable hemorrhaging post-surgery. It is likely that the defense made exactly that point during the trial. Typically, if a doctor has a good reason for making a decision, then no medical malpractice has occurred even if the patient’s outcome is bad. However, the plaintiff was likely able to bring in experts to testify that the decision to take the patient off the anticoagulant was completely unnecessary, and potentially dangerous—especially after surgery.

In this case, the man began throwing clots that resulted in a stroke causing him permanent, partial, left-side paralysis.

How could the doctor have avoided this lawsuit?

The plaintiffs testified that the doctor should have consulted with the patient’s general practitioner to determine if going off the anticoagulation therapy was the best possible move for this patient. The plaintiffs were able to successfully argue that the doctor breached his duty of care by making the unilateral decision to take the patient off the treatment prior to the surgery.

Having not consulted with the patient’s doctor over a treatment as important as anticoagulation therapy, the patient suffered a foreseeable stroke when he was taken off the medication. The general practitioner could have advised the doctor on complications related to his therapy. Generally, such therapy is given when an individual suffers complications related to blood clots. The anticoagulation therapy reduces the formation of blood clots. The blood clots get stuck in arteries and veins reducing the blood flow. Any organ that does not receive adequate blood flow will die. When it happens to your arm or leg, it’s called an infarction. When your brain is the organ that’s being denied oxygen and blood, it’s called a stroke. In this case, the danger of the stroke was greater than the danger of hemorrhaging after a skin lesion. Hence why the patient won his lawsuit.

The Roanoke medical malpractice attorneys at MichieHamlett file lawsuits on behalf of injured patients against negligent doctors and hospitals. Call today to schedule a free consultation and we can discuss your case today.

By MichieHamlett Attorneys At Law | Posted on January 20, 2022
« Man Sues Orthopedist After Epidural Injected Into Patient’s Spinal Cord
Hit By a Texting Driver? | Virginia Car Accident Attorney Explains How to Find Out »