Takeaways from the DePuy Pinnacle Verdict in Texas 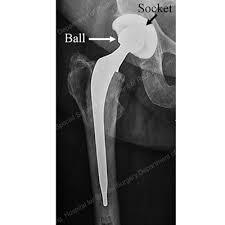 Late last week, after a two-month trial, there was a verdict in the Texas-based lawsuit against DePuy, a division of Johnson & Johnson. The federal jury awarded, “$142 million in actual damages and $360 million in punitive damages to a group of five patients whose hips broke down and had to be surgically removed.”   The artificial hips at issue were DePuy Pinnacle Acetabular Cup Systems, a metal-on-metal (MoM) hip implant – i.e., a metal ball in a metal cup.

The jury found that the hip devices were defective and that the company failed to warn doctors and patients about the risks. The plaintiffs claimed that “design flaws caused the devices to fail more frequently and quickly than expected, leading to injuries including tissue death, bone erosion and high levels of metal [metallosis] in their blood.”

This was the second bellwether trial in what is known as Multi-District Litigation (MDL) over the DePuy Pinnacle metal-on-metal hip implants, which failed prematurely, caused pain, swelling, stiffness, and infection-like symptoms from the microscopic heavy metal particles – Chromium and Cobalt – known as metallosis.  When the hips failed, a revision surgery was required, perhaps requiring replacement of the entire prosthesis. (Reuters.com, 03-17-16)   DePuy stopped making its metal-on-metal hips in 2013.

If you are a plaintiff in one of the pending lawsuits, here are some important take-aways:

Finally, as expected, DePuy is denying its product was defective.  Mindy Tinsley, a DePuy spokeswoman, said the company “acted appropriately and responsibly in the design and testing” of the devices. “The product is backed by a strong record of safety and effectiveness in reducing pain and restoring mobility for patients,” she said in an e-mailed statement.  But, keep in mind that there are currently more than 8000 people who have suffered as a result of having a DePuy Pinnacle metal-on-metal hip implanted.  And the vast majority of those 8000 people have had to have at least one additional surgery in an attempt to alleviate their symptoms.  Further, many of these had so much tissue destruction from the metallosis that they could not have new hip devices implanted because there was not enough anatomical structure left to support the devices.  Suffice it to say that this fight will continue to play out in the courts for a while, so stay tuned.