The Most Dangerous Drugs In America 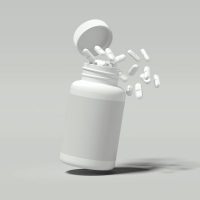 Tylenol is an NSAID (or non-steroidal anti-inflammatory). It reduces fever and pain and is typically used for minor aches and pains. What makes Tylenol more dangerous than heroin? Well, deaths per use may be much lower, but more folks find themselves in the emergency room due to Tylenol than heroin.

The dangers of Tylenol

All drugs are dangerous, but Tylenol is one of the few NSAIDs that can cause liver failure. Other NSAIDs, like naproxen sodium or ibuprofen, can cause severe stomach damage. But no drug resulted in more ER visits than Tylenol ranking it as the “most dangerous drug of all time”.

In 1993, several individuals sued Johnson & Johnson claiming that Tylenol resulted in severe liver damage or liver failure. One of those individuals was a man recovering from a flu who took the recommended dose of “maximum strength” Tylenol. Within one week, his liver had been completely destroyed. He lapsed into a coma. A liver transplant saved his life.

Essentially, these lawsuits were filed and won on the grounds that drug manufacturers failed to warn customers about potential dangers. These lawsuits resulted in increased warnings, but Tylenol remains the number one cause of accidental death in America.

Drug manufacturers have a duty of care to ensure their products are manufactured safely and users and doctors are adequately informed about the dangers prior to use. When they fail in that duty of care, and someone is injured, they can be sued. The Charlottesville dangerous drugs lawyers at MichieHamlett can help those injured by dangerous drugs file lawsuits against drug companies. Call today to learn more.

By MichieHamlett Attorneys At Law | Posted on August 25, 2021
« If You Had An Unnecessary Procedure Or Test, Is That Medical Malpractice?
Veterans Claim Fort Wayne Podiatrist Injured Their Feet »