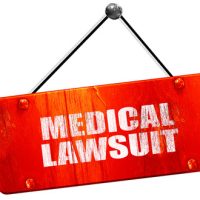 Women aren’t supposed to die in childbirth, especially in the U.S. where we have supposedly the best medicine in the world. Nonetheless, the U.S. ranks higher in birth fatalities to mothers than any other developed nation on earth. In many of these cases, it is a simple failure to monitor a patient’s blood pressure that results in death. In this case, the mother had just undergone a Cesarean-Section when she slowly bled to death.

According to the lawsuit, the man’s wife was allowed to slowly lose blood over the course of 8 hours while the doctors failed to stabilize her. The hospital maintains that the doctors’ actions were within the prevailing standard of care for the industry.

Among the leading causes of death for mothers who are delivering babies, hemorrhaging due to post-surgical or internal bleeding is the most common cause of death. Bleeding out is followed closely by undiagnosed heart conditions, infection, and then blood clots. Preeclampsia and eclampsia represent 7.4% of the overall cases while another 7% are caused by mental health conditions.

Postpartum hemorrhages are actually quite common and occur routinely to mothers in pregnancy regardless of other risk factors. For that reason, all OBGYNs and staff are trained to monitor blood loss after birth. Further, patients are coached to identify warning signs, and measures are taken prior to birth to prevent unnaturally voluminous bleeding. Generally, blood loss would be treated with transfusion.

Ideally, doctors would have three chances to prevent and treat postpartum hemorrhaging. Firstly, they would coach the patient on what to look out for to ensure they seek medical attention immediately and can accurately communicate with their doctors. Then, they would maintain careful observation of the patient throughout the third trimester. Lastly, they would monitor the patient’s blood loss and blood pressure during delivery. They would also have blood on standby in case of significant blood loss.

While you can never say that all forms of adverse medical outcomes constitute medical malpractice, when American women lose their lives in American hospitals due to a failure to employ the prevailing standard of care, it should be seen as a national embarrassment. The U.S. consistently underperforms other countries. To put this in perspective, Cuba has a lower infant mortality rate than the United States of America. They also use this to propagandize their socialist government. As it turns out, the majority of women who die in U.S. hospitals while giving birth do so in underfunded inner-city districts making this a serious class and race issue. Deaths due to postpartum hemorrhages are almost always preventable.

If you have been injured or lost a loved one due to a negligent medical doctor, call the Charlottesville medical malpractice attorneys at MichieHamlett today to schedule a free consultation and allow us to fight for your right to recovery.