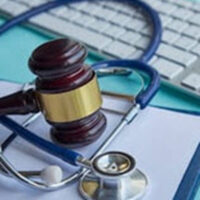 The State of Iowa recently settled a lawsuit on behalf of the University of Iowa and the physicians who work there for a reported $350,000. Iowa has paid a reported $2.2 million in taxpayer funds to settle complaints this year. Since the lawsuit was filed against a University hospital, the damages were capped by sovereign immunity limits. We’ll discuss the concept of sovereign immunity in this article and how it relates to medical malpractice lawsuits.

A clinic patient filed a lawsuit after she suffered femoral nerve palsy in her hip, which causes weakness, numbness, and tingling. The woman underwent hip surgery and her femoral nerve was injured as a result of the surgery. The weakness and numbness in her hip are not reversible. The lawsuit argued that the improper use of surgical tools resulted in the injury. In this case, a surgical retractor was wrongly positioned. Medical journals indicate that this is a complication of improperly placed surgical refractors.

The state denied any wrongdoing but agreed to pay $350,000 if the plaintiff dropped her lawsuit against the university.

Sovereign immunity arose from English common law. Essentially, you could not sue the king for negligence. While the aegis of the rule has been severely restricted, monies paid to plaintiffs are taken from public funds and the taxpayers. For that reason, actions against the state or agents acting on behalf of the state are severely limited.

Virginia has the Virginia Tort Claims Act which lays out the groundwork for filing lawsuits against the State of Virginia. Generally speaking, if a government employee is carrying out their duties and makes some sort of basic mistake that causes injury, you usually cannot file a lawsuit against them. The law limits damages in these cases to $100,000 per person. However, the legislature can award a higher settlement in certain cases.

When it comes to medical services, it’s buyer beware if you’re dealing with a University clinic or health care facility that is operated by the government. Essentially, it is much more difficult to pursue a lawsuit and there are severe restrictions placed on how much money you can receive, regardless of your injuries. While this claim resulted in a settlement of more than the statutory limit, it’s not a given that would happen in any individual case. Unfortunately, it’s the poorest who often end up at University clinics, and when they are injured, they may not have recourse to recover damages under Virginia law.

If you’ve been injured by a medical doctor, you should have your situation reviewed by a skilled medical malpractice attorney to determine whether or not the doctor can be held legally responsible for your injuries. Call the Richmond medical malpractice attorneys at MichieHamlett to schedule a free consultation and discuss your case in more detail.

By MichieHamlett Attorneys At Law | Posted on April 9, 2021
« Family of Slain Trucker Files Lawsuit Against Bridge-Tunnel
Lawsuit Claims Woman Was Still Alive After Being Pronounced Dead »