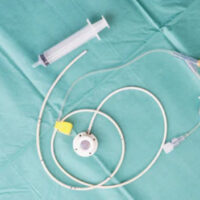 There’s a reason why even the lowest-level nurses have years of medical training. It’s because even simple things, like the insertion of a catheter, can result in serious medical trauma, including death. For that reason, the placement of urethral catheters can often result in medical malpractice lawsuits against doctors who fail to install them properly. MichieHamlett recently secured a $1.2M settlement for a patient who suffered a stroke after a catheter was misplaced. In this article, we’ll discuss catheter lawsuits and common injuries arising from improperly placed catheters.

Urethral catheters and medical malpractice by the numbers

A survey of the NCBI database revealed that there were 27 instances of medical malpractice cited in relation to the placement of urethral catheters. Of those, 21% of the named parties included urologists. However, these lawsuits did not result in one successful case. In every case, the urologist was found to have not committed medical negligence.

Nineteen cases favored the defendants, while ten cases favored plaintiffs with two of those cases settled outside of the courtroom. Payouts ranged from $50,000 to $325,000. Men were much more likely to complain of side effects related to catheters than women.

The usual cause of medical malpractice involving catheters is direct trauma resulting from the insertion itself. The tube, while designed to be inserted into a body, can cause chafing and another discomfort. It is unlikely that chafing or discomfort caused by a catheter would be compensable in court unless the pain was chronic or resulted in further and perhaps permanent injury. That is largely the reason why the majority of catheter claims are simply dismissed or result in defense verdicts. Even when successful, the settlements seldom go over $1 million.

In the case that MichieHamlett tried, the negligence was more obvious than catheter-based irritation and the consequences of the negligence were permanent. Hence why our firm was able to secure a major settlement for our client, who suffered a stroke as a result of catheter failure. It also bears mentioning that our client did not have a urethral catheter. His catheter was inserted directly into the abdomen.

So while catheter injuries do happen, the injuries they cause are unlikely to result in major jury awards or settlements. Typically, pain during urination and UTI are both treatable and clear up completely with time.

If you’ve been injured due to the negligence of your doctor, you are entitled to recover damages related to your medical expenses, lost wages, and reduced quality of life. Call the Roanoke medical malpractice attorneys at MichieHamlett today to schedule a free consultation and learn more about our services.