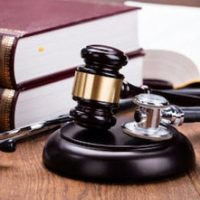 A popular vascular clinic chain is the target of several medical malpractice lawsuits including allegations that they performed unnecessary procedures to upsell patients on costly surgeries. One woman had to have her leg amputated as a result of their services. Others claimed they woke up during surgery. A local vascular surgeon said that the company staffs no actual vascular surgeons and instead has a team of interventional radiologists. Is this another example of the U.S. health care system defrauding and injuring patients? Or are litigation-happy patients suing for every tiny thing that goes wrong? In this article, we’ll discuss the allegations.

The battle of vascular clinics

The clinic in question says that they aren’t facing an inordinate amount of medical malpractice cases for a chain of their size. However, large medical services chains operate on a business-first mentality, and with investors, their fiduciary duties are split between those investors and their patients. The investors want the clinic to be as successful as possible and make as much money as possible. The patients want the best care they can get.

This is starting to sound ugly

Yes. On the one hand, you have vascular surgeons accusing modern preventative doctors of performing unnecessary surgeries on patients, while the preventative medicine doctors are claiming the vascular surgeons cash in off of diabetic-related amputations. Part of the question is whether or not these new modern vascular centers are providing the right kind of care for their patients. The advertisement reads that they will help you cut costs related to medical care and prevent the loss of fingers and limbs related to diabetes and other conditions.

Meanwhile, the vascular clinic is facing at least one medical malpractice lawsuit filed by a woman who says she woke up during surgery, suffered excruciating pain after surgery, and required the amputation of her leg in spite of the surgery.

If you’ve been injured due to the negligent management of your health by a doctor or hospital, you can file a lawsuit to recover damages from your medical expenses, lost wages, and reduced quality of life. Call the Virginia medical malpractice attorneys at MichieHamlett today to schedule a free consultation, and we can discuss your claim.

By MichieHamlett Attorneys At Law | Posted on October 20, 2021
« Plaintiff’s Children Sue After Surgeon Perforates Bowel Causing Death
Do You Know What to Do if You Are Hit by a Uninsured Driver in Virginia? »