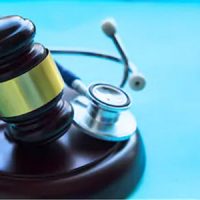 More than 100 veterans have stepped (no pun) forward to allege that a Fort Wayne Veterans Affairs physician severely damaged their feet and ankles. They believed that the doctor who had performed surgeries on them botched the operation leading to increased pain, fractured bones, and lacerated tendons.

In 2017, dozens of veterans had been called to the VA to discuss issues concerning their foot and ankle problems. They were told that their injuries were not the result of chance but that their surgeries had actually been botched by a VA doctor. All of the cases were tied to one VA doctor.

The federal government now permits lawsuits to be filed against VA doctors. But the issue surrounding the lapses in care in the VA has not been fully resolved. VA doctors are still not required to carry medical malpractice insurance since the hospital (and by extension the federal government) takes liability for the claims. So no one is ever individually responsible unless there is a criminal case filed against them.

The VA instructed the veterans at the time of the meeting how to file a tort claim against the VA with the federal government. The VA, in predictable fashion, then sought to dismiss those claims on the basis that they had been filed too late and were beyond the statute of limitations. The VA may well succeed in that argument, but issues related to the statute of limitations aren’t as black and white as they might seem.

While medical malpractice plaintiffs are required to file a lawsuit within a few years of the incident, many don’t know that they’ve been the victim of medical malpractice. Further, such lawsuits were not allowed to move forward until recently, and delays within the VA’s own administration alerting the plaintiffs to the malpractice likely forestalled their ability to file suit. In that case, a sympathetic judge may find reason to toll the statute of limitations to the date on which they became aware of the issue. That, however, is not necessarily a given.

An investigation that went nowhere was never reported to the state’s podiatry or medical board.  His medical license was renewed year after year, even as complications arose from his surgeries. He still has surgical privileges at the VA hospital for which he works. It looks as if the VA is going to back his case even though the doctor continues to claim he was a scapegoat and the victim of VA’s incompetence.

Lawsuits against the VA can now proceed. If you’ve been injured by a VA doctor, call the Virginia medical malpractice attorneys at MichieHamlett today to schedule a free consultation and learn more about how we can help.