MichieHamlett vehicle defect attorneys have filed cases in federal court involving Volkswagen cars with emission systems defeat devices. The news broke on Friday, Sept. 18, 2015, that German automaker Volkswagen has been programming more than 11 million vehicles worldwide, nearly 500,000 of those vehicles in the United States, to cheat on tests by emitting lower emissions levels in official tests than how they actually perform on the road. Michie Hamlett attorney Greg Webb details in his blog post how VW has been cheating on emissions tests for years. A Charlottesville Volkswagen owner was one of the first to file a class action lawsuit for her claim that she was defrauded by VW’s clean diesel claims. Virginia is positioned to be the key state for ongoing litigation against Volkswagen.  Learn more about how MichieHamlett is leading the way in bringing Volkswagen to justice. 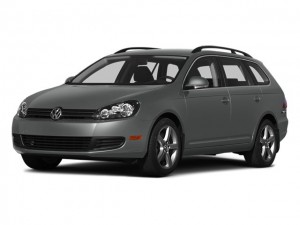 If you own one of the following vehicles, you may have an economic loss claim for potentially overpaying for your car and any depreciated value. For more information, contact MichieHamlett attorney Greg Webb at 434-951-7200 or by email.

VW’s luxury brand, Porsche, has been cited by U.S. regulators for emissions cheating software. Additional models added to the list of affected vehicles include:

Under the Clean Air Act, Volkswagen could be fined as much as $37,500 for each vehicle in question, a possible total penalty of $18 billion. Additionally, VW now faces a criminal investigation by the U.S. Department of Justice just as General Motors did. The company announced it has set aside more than $7.2 billion to cover the anticipated cost of the scandal. Read the EPA statement on the Clean Air Act Violations.

By MichieHamlett Attorneys At Law | Posted on December 22, 2020
« Is Chrysler Hiding a Major Defect in its Power Modules?
Are Corporations Treating Our Troops (And You) Fairly? »