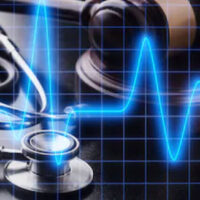 Nursing assistant Reta Mays pleaded guilty to seven counts of second-degree murder. She has yet to be sentenced for her crime, but she is likely to receive one life sentence for every life she took. Her motives remain unclear. Authorities never received a satisfactory response when she was asked why she killed the veterans. But in situations like this, it is often merely that the person simply enjoys being in a position of godlike power over someone else. The reason why they did it is often simply that it was just fun.

Is the VA liable for the nurse’s actions?

The VA has argued that they should not be held accountable for May’s murders since she was acting outside the scope of her employment when she injected the veterans with insulin. However, in typical cases of assault committed by nursing home or hospital employees, the hospital is responsible for adequately failing to supervise the employee who murdered her patients.

If you’ve been injured by the negligent practice of medicine, you are entitled to recover damages related to your past and future medical expenses, lost wages, and reduced quality of life. Call the Roanoke medical malpractice attorneys at MichieHamlett today to learn more about how we can help.