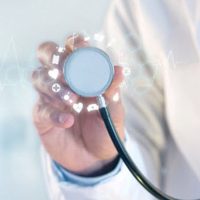 A woman was admitted to the emergency room complaining of dizziness, headache, heart palpitations, and shortness of breath. The woman was diagnosed with benign paroxysmal positional vertigo, a condition that generally resolves itself on its own and is not dangerous unless you fall on something hard or sharp. The next day, the woman was found dead in her home. The plaintiffs believe that the doctor misdiagnosed a pulmonary embolism and that directly led to the woman’s death. They have filed a wrongful death lawsuit against the doctor and the hospital seeking damages related to their emotional grief and the loss of their loved one. In this article, we’ll examine the allegations.

A pulmonary embolism is a blood clot in the lungs that prevents blood flow to part of the lung.

In a medical malpractice lawsuit, you need an expert witness who will testify on behalf of the plaintiff to give their opinion of what happened. In this case, an autopsy was performed on the victim and the plaintiff’s expert witness testified that the autopsy revealed that bilateral pulmonary thromboembolism was the official cause of death. However, the doctor who treated the patient argued that the blood clots that were found postmortem were caused while the woman was dying (of something else entirely).

What did the jury say?

The jury has yet to render a verdict, but the medical examiner who was called to testify on behalf of the plaintiff was called one last time to reiterate his point that the blood clots were the cause of death and not the result of some other ailment.

The case will come down to which expert the jury believes. The defendant-doctor claimed that the woman died of hypertensive heart disease and an enlarged heart. When the plaintiff’s expert was recalled to testify, he insisted that he had no doubt that the cause of death was a thrombo-embolism, and that it would be unusual for a medical examiner to mistake thromboembolism for something else.

In deliberating, the jury will have to determine which of the two experts they believe. Since this is not a criminal case, they just need to determine which story is more likely. Typically, you don’t have the county coroner testifying on your behalf. This plaintiff tips the scales in their direction.

If you’ve suffered an injury due to the negligent practice of medicine, call the Virginia medical malpractice attorneys at MichieHamlett today to schedule a free consultation and learn more about how we can help.

By MichieHamlett Attorneys At Law | Posted on October 26, 2021
« Do You Know What to Do if You Are Hit by a Uninsured Driver in Virginia?
Five Women File Class-Action Against Queens Doctor Alleging Sexual Abuse »