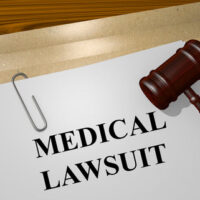 The facts of the case involve an EMT who was tasked with transporting a patient from one hospital to another. During the delivery, the ambulance encountered inclement weather and sustained a severe accident in which the patient was killed, one EMT was injured, and another EMT sustained severe injuries. The surviving EMT filed a lawsuit against the hospital alleging that the transport was not medically necessary at the time to save the patient’s life and the transport should have been stalled until the weather had cleared.

The plaintiffs claimed that the issue was not a medical malpractice case but rather a cause of action emerging from work conditions. The insurer settled their lawsuits with the deceased patient’s family and likely the EMT’s as well. The final lawsuit, filed by the surviving EMT alleged that the hospital scheduled a transport when it was not necessary to save the patient’s life during a bad storm.

Since the EMT was not a patient and the plaintiffs were not alleging medical malpractice, the hope was a more generic form of negligence law would govern the claim.

Absurd as it may sound, however, the court agreed with the defense, and was successful in forcing the claim under the WV laws governing medical malpractice. Even though the EMT was not a patient, and no doctor-patient relationship existed between the EMT and anyone at the hospital, because the decision to transport the patient immediately was a medical decision, the case was therefore ruled to be a medical malpractice lawsuit.

On the other hand, the decision to transport the patient immediately was a medical decision. So a medical decision resulted in injuries. The court simply chose to honor the “medical decision” aspect of the law, while utterly ignoring the fact that medical negligence requires a doctor-patient relationship.

If you’ve been injured due to a medical decision made by medical personnel, then you need a Charlottesville medical malpractice attorney to handle the complex process of litigation. Call MichieHamlett today to schedule a free consultation and learn more about how we can help.